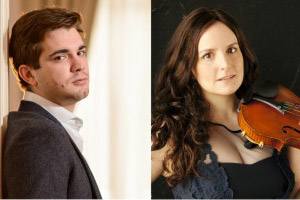 Christopher Petrie is an innovative musician carving an exhilarating career. His music has been described as '...haunting, pulsing and primal...' by BBC Radio 3 presenter Max Reinhardt, 'very impressive' by Sir Peter Maxwell Davies, and 'incredible' by HK Gruber.

As a composer and conductor, he has worked with some of ’s leading orchestras including BBC National Orchestra of Wales, Vienna Tonkuenstler Orchestra, Southbank Sinfonia, Lithuanian State Symphony Orchestra, London Sinfonietta and Philharmonisches Kammerorchester .

Christopher has also recorded for Sony Records and Signum Classics, had music released on two CDs and two DVDs, and has been broadcast on BBC Radio 3, S4C TV (Wales), WDR TV (Germany) and TVR (Romania). He also regularly works with youth groups on projects of all scales and has won both the 'Outstanding' and 'Innovation' awards at Music For Youth's National Festival, and has had several premieres in the Royal Albert Hall.

Christopher founded the Philharmonic Chamber Orchestra of London in 2013; an orchestra comprising ’s top young professional musicians. He has led it to many successes through a series of performances in Cadogan Hall, , with soloists including Remus Azoitei, Tom Poster and Sarah-Jane Bradley. Forthcoming projects include their debut in The Anvil in , further concerts in Cadogan Hall, and a major recording project for Centaur Records (USA).

Tanya Sweiry held the prestigious Meaker Fellowship at the Royal Academy of Music for 2013/14, during which time she was given the incredible honour of preparing and performing on the Viotti Ex-Bruce 1709 Stradivarius, as well as recording Bach and Enescu on it for the RAM. Tanya was awarded the fellowship after receiving a Distinction for the Master of Arts in Violin Performance at the Academy, where she studied with Remus Azoitei. Her impressive final performance meant that she was also awarded a Diploma of the RAM and the Moir Carnegie Prize for an outstanding final recital. During her Masters, Tanya was appointed Principal 2nd Violin of the Sainsburys Royal Academy Soloists and held many principal positions in the RAM ensembles and orchestras, a highlight being Concertmaster for 'Ein Heldenleben' at the RAM conducted by Semyon Bychkov. Since completing the MA, Tanya has been in demand as a young and upcoming leader and soloist, as well as enjoying freelance work with professional orchestras and ensembles. In August 2014 Tanya was selected to be Concertmaster of the Lucerne Festival Academy Orchestra and soloist with the Lucerne Festival Academy Ensemble, working closely with Sir Simon Rattle and Matthias Pintscher. She has been leader of the Philharmonic Chamber Orchestra of London since its inaugural concert in 2013.